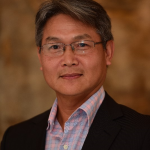 Alan Lam is one of Australias best known gynaecologists for his expertise in endoscopic treatment of  complex endometriosis, pelvic floor prolapse, hysterectomy and myomectomy.

Internationally and nationally recognised as an expert and teacher in minimally invasive surgery, he has been invited to lecture and demonstrate surgery at numerous international and national scientific conferences and workshops in Australia, New Zealand, Europe, North America, Thailand, Hong Kong, Singapore, China, the Middle East, over the last 25 years.

Renown for his public speaking and communication skills, A/Professor Lam holds an academic appointment as Clinical Associate Professor at the Northern Clinical School, University of Sydney where he lectures and teaches medical students on endometriosis and pelvic pain.

He has been the director of the internationally renowned CARE Master Classes in Minimally Invasive Pelvic Surgery since 2000. This program is based at the Northern Clinical School Clinical Skills & Simulation Centre, North Shore Private and the Mater Hospitals. It has attracted hundreds of participants from around Australia, New Zealand, Asia Pacific, Middle East, Europe, North America and is accredited by RANZCOG.

He serves on the NSW Medical Advisory Committee of AVANT. He is regularly sought after for his opinion in medico-legal matters nationally as well as internationally.

Besides medicine and surgery, he is passionate about tennis, golf, dancing and singing.